What Happened to the Colour?

Here we have an image that was submitted for a project by one of our students, Kenton Franklin. Kenton apologised for the poor color quality of this image and asked us to work out why this happened. 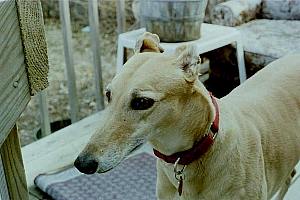 So many photos go into the waste bin because of their poor quality on return from the photo lab. Many will blame the camera, the film, the weather or their own inexperience at taking photos.

It is true that all these examples could lead to poor photographs but judging the photo on the merits of the enprint is a mistake. It is also true that poor composition also plays a part in consigning a photo to the trash but the colour of an image may be the fault of someone else…the processor.

Even though an astounding amount of research and development goes into the manufacturing and processing of film, this can all go by the wayside if your processor is having an “off-day”. And processors can have plenty of these. The colour reproduction of an image is one major clue to this ailment.

The first inspection that should be made is the negative. Remember that the negative is the original photo, NOT the print. The print is only a copy. In the case of colour however it does take a trained eye to spot whether or not there is a colour shift on the negative. Careful study of negatives that have delivered normal prints can help to train your eye. Probably the best way to determine whether or not a negative has poor colouring or what is referred to as a colour cast is to get the image reprinted preferably by a different processor. If the colours on the reprints are normal, then it was the printing in the original stage that was wrong..

Although this example is more acute than most, the colour of a photo can change quite dramatically from one printing to the next. There are many factors that determine how the final print will look each time a negative is printed. It would not be uncommon to have slight colour variations every time a photo is printed..

Although any of the above scenarios could have caused this photo to look the way it did, none of the above was the case. Questioning Kenton further revealed however that the image he sent us (via email) was scanned and posted on a website by his processors before he ever got the printed version of the image. So now even digitally reproduced photos from commercial processors can be less than impressive.

Kenton sent us this photo that he scanned himself from the print he received some time later. It is a vast improvement over the original photo he had submitted to us.

The moral of the story is don’t rely on the colour reproduction of one print (or scan) to determine a photograph’s quality. If you find that your photos aren’t reproducing the colours that were photographed, ask your processor to reprint them. If the colours are obviously “off” your processor should not have any problem reprinting (or re scanning) the photos with no extra charge.